A brief history of the Choir

The Choir was formed in 1904 by Francis Foote, the first concert being a performance of Brahms Requiem in the Great Hall in Tunbridge Wells. The second concert was also at the Great Hall and the third was at the Opera House.

In July 1919 Francis Foote conducted a Peace Concert in Calverley Grounds with 2,000 children and 200 adults taking part. For the Silver Jubilee of King George V the Choir gave an open-air performance of Edward German’s Merrie England.

The Assembly Hall was opened in 1939 and since the Second World War most of the Choir’s concerts have been held there.

From 1985-2011 there was a choral link with our twin town of Wiesbaden in Germany. Members of RTWCS travelled to Wiesbaden on several occasions to join forces with the Lutherkirche Choir or “Bach Chor”. The Wiesbaden choir with their conductor Klaus Uwe Ludwig sang with us seven times in Tunbridge Wells, including for our Centenary Concert in 2004. The most recent exchanges took place in 2007 when the choirs performed Elgar’s The kingdom in Rochester Cathederal (in May) and in the Lutherkirche, Wiesbaden (in November), and an RTWCS visit to Germany in 2010.

Following Francis Foote, conductors have included Robin Miller, Dr. Harold May, Trevor Harvey and Myer Fredman who was Head of the Music Staff at Glyndebourne and lived in Tunbridge Wells. After Fredman was appointed a conductor in Adelaide in 1973, Derek Watmough, who had been Fredman’s assistant, then became our Musical Director until our Centenary Concert in 2004 when he retired after 30 years with the choir. He was succeeded by Richard Jenkinson in 2005, and Rebecca Miller in 2012.  Guest conductors of note have included Sir George Dyson and Sir Adrian Boult.

During our long history most the major choral works have been performed. Carol Concerts have also been a feature of the RTWCS. In recent years it has become a tradition to have a concert of singing and instrumental music in December at the beautiful church of St. Mary’s, Goudhurst.

Further details of the history of RTWCS with a full list of events can be found listed under the Archives menu Copies or transcripts of some of the old concert programme reviews and reviews published in the local “Courier” newspaper are also available there. 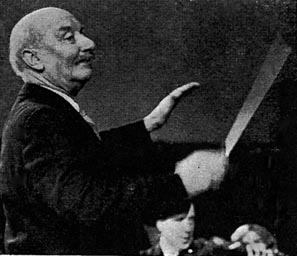